By Helen on November 1, 2019 in Uncategorized 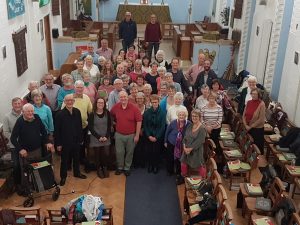 This year Hook Choral Society’s Autumn Concert on Saturday 23rd November is a special event to celebrate their 30th Anniversary. They have the honour of being the first amateur choir to perform “Christmas Oratorio”, a new work by Bob Chilcott. Even more exciting is that they will be conducted by the composer himself. The work was premiered at the Three Choirs festival at Gloucester Cathedral under the baton of Adrian Partington, but this will be the first time that Bob has conducted his own work. 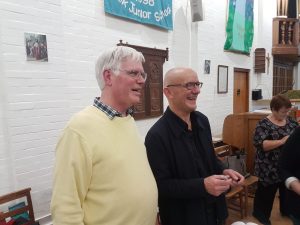 There will be an opportunity for the audience to join in and sing since there are five well known hymn texts are set to new, original melodies and enable the audience to join in with the choir in performance. These hymn tunes are newly made his own by Bob Chilcott with the added bonus that all of them are very singable. This is something which Bob Chilcott has done in earlier works and makes his pieces so accessible.

Hook Choral Society are supporting Living Water Africa with proceeds from the retiring collection at the concert to be donated to the charity.

What: Christmas Oratorio, a new work composed by Bob Chilcott

Love is in the Air – Send an E-card & Support LWA