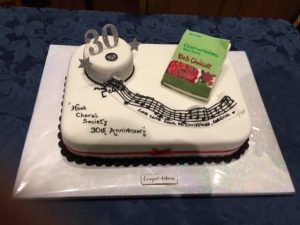 On the 23rd November 2019, the Hook Choral Society celebrated their 30th Anniversary in style by singing Bob Chilcott’s ‘Christmas Oratorio’, conducted by the composer himself. All proceeds of the retiring collection were donated to Living Water Africa. Read the Blog for more details 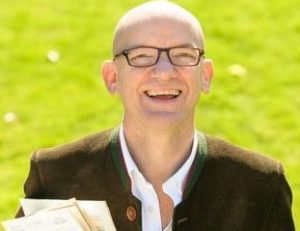 Our 3rd Come and Sing With Bob Chilcott event took place on 29th April 2017. Over 150 Singers came and sang Bob’s ‘Gloria’ and ‘Dances of Time’ in the beautiful surroundings of the Godolphin School in Salisbury. Read the blog for more details. 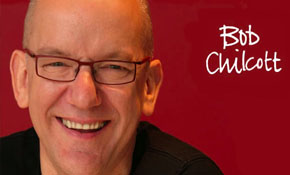 Come and Sing With Bob Chilcott

On 8th November 2014, Living Water Africa hosted our second Come and Sing Event With Bob Chilcott. Around 80 enthusiastic singers joined us for a day for rehearsing and performing Bob Chilcott’s ‘On Christmas Night’ and a selection of Christmas carols. 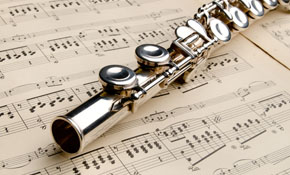 On 1st February, a packed house at the Turner Sims Concert Hall heard works by Delibes and Mozart before the talented young pianist Sam Hanson took to the stage to perform Rachmaninov’s 3rd Piano Concerto. Read the blog for more details. 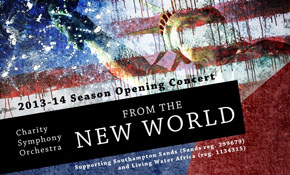 Concert From The New World

On 23rd November, the Charity Symphony Orchestra lived up to their exceptional high standards, playing music by Smetana, Copland and Dvorak and kindly donating a portion of the proceeds to Living Water Africa. 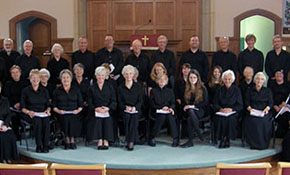 On 29th September, the Celebration Choir sang a new cantata, “Our Saviour”, written by Harry Brockway and Gary Turner. Read the blog for more details. 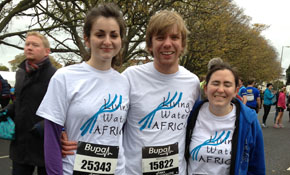 Living Water Africa entered runners in the 2012 and 2013 Great South Runs, which were held in late October over 10 miles on the flat lands of Southsea, just outside Portsmouth. 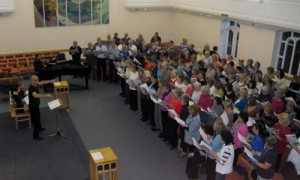 In November 2012, 130 singers gathered in Salisbury for a Come and Sing day with composer and patron Bob Chilcott. Bob’s Requiem, dedicated to Samantha Verschueren, was rehearsed then performed to a small but enthusiastic audience.